Entrance from the lower courtyard

The Park owes its name to its origins as a medieval gaming grounds: as early as the 9th-10th centuries, the nobles who were powerful enough to do so, attempted to create an enclosed area of 50 to 250 hectares, surrounded by deep ditches and populated with game and domestic animals such as stags, fallow deer, hares, wild boar, cows, horses, and sheep…These animals were served at lordly tables and the bounty of the park allowed the lord certain extravagances.  The parks could only be the result of certain powers of the aristocracy, approaching ducal or royal power. 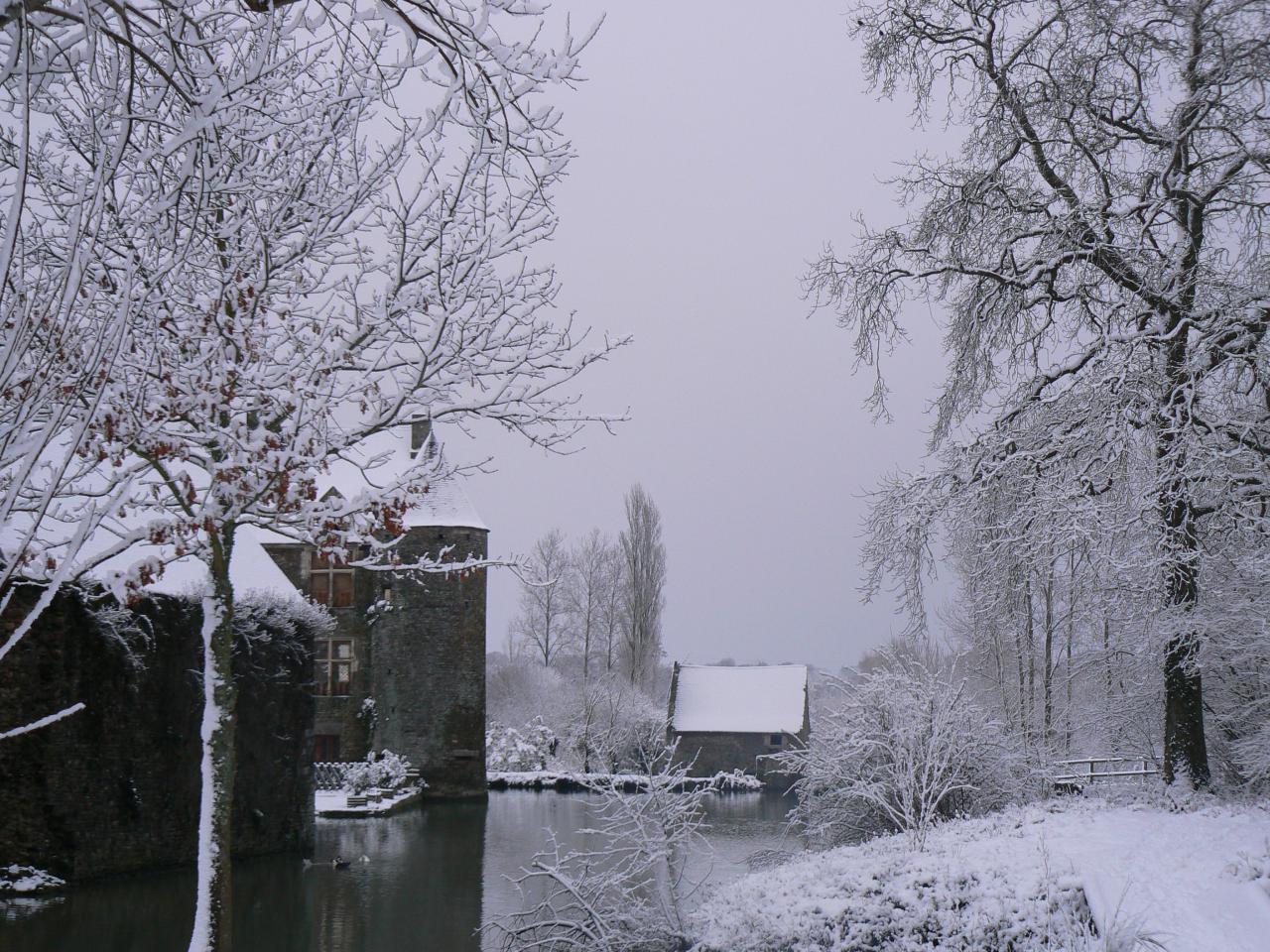 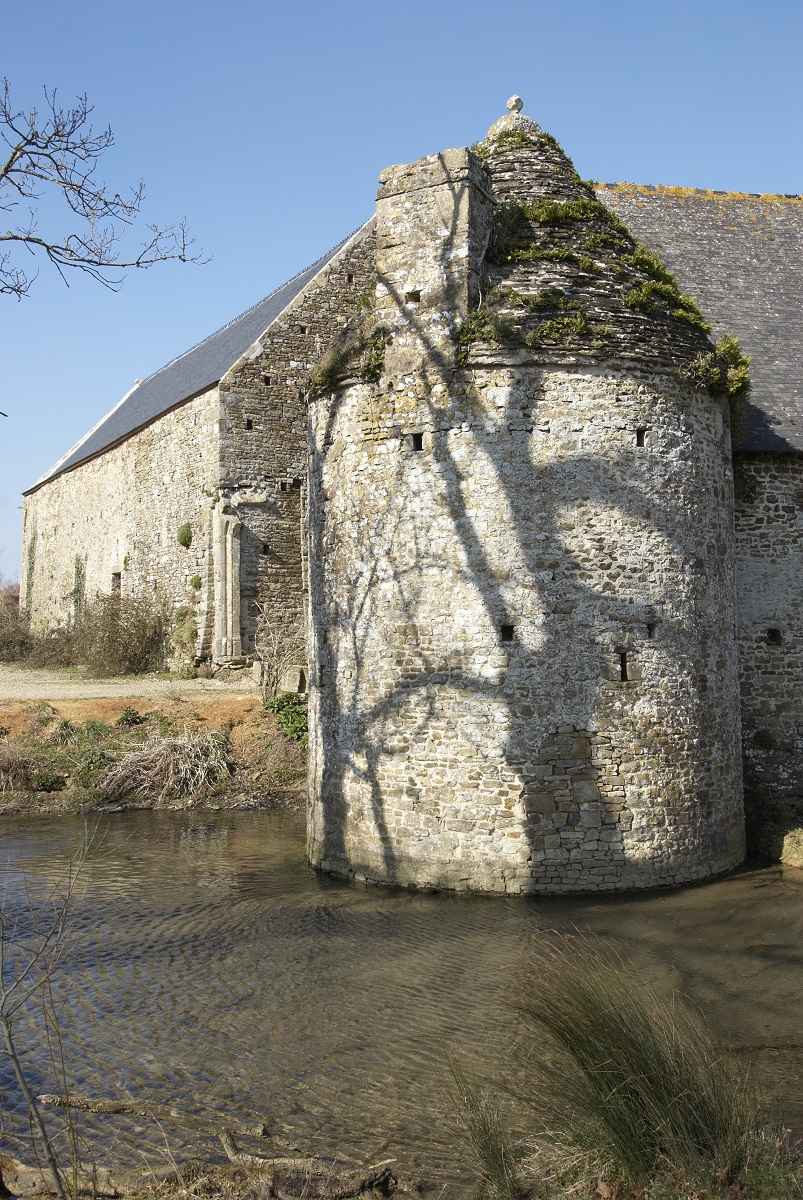 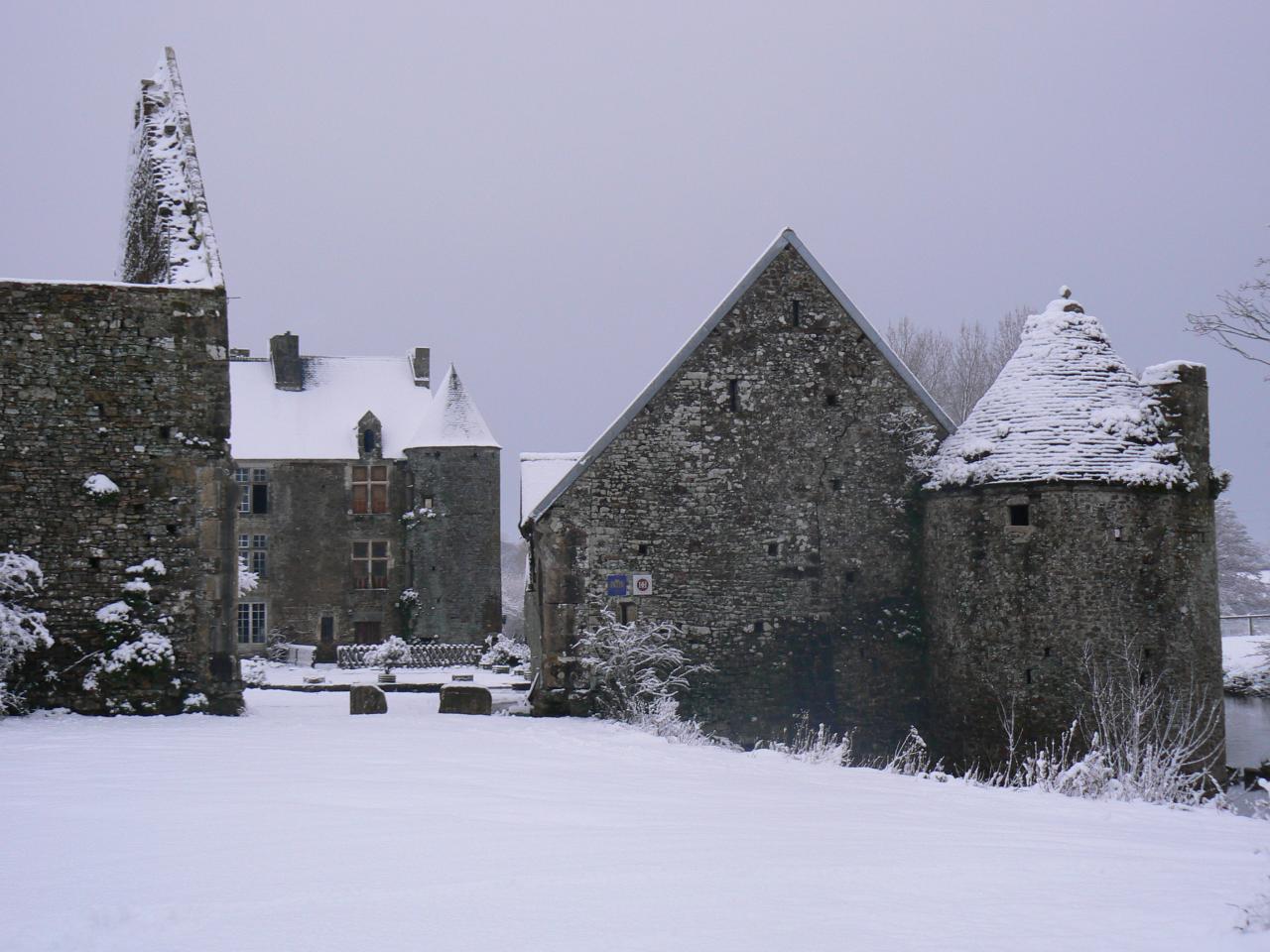 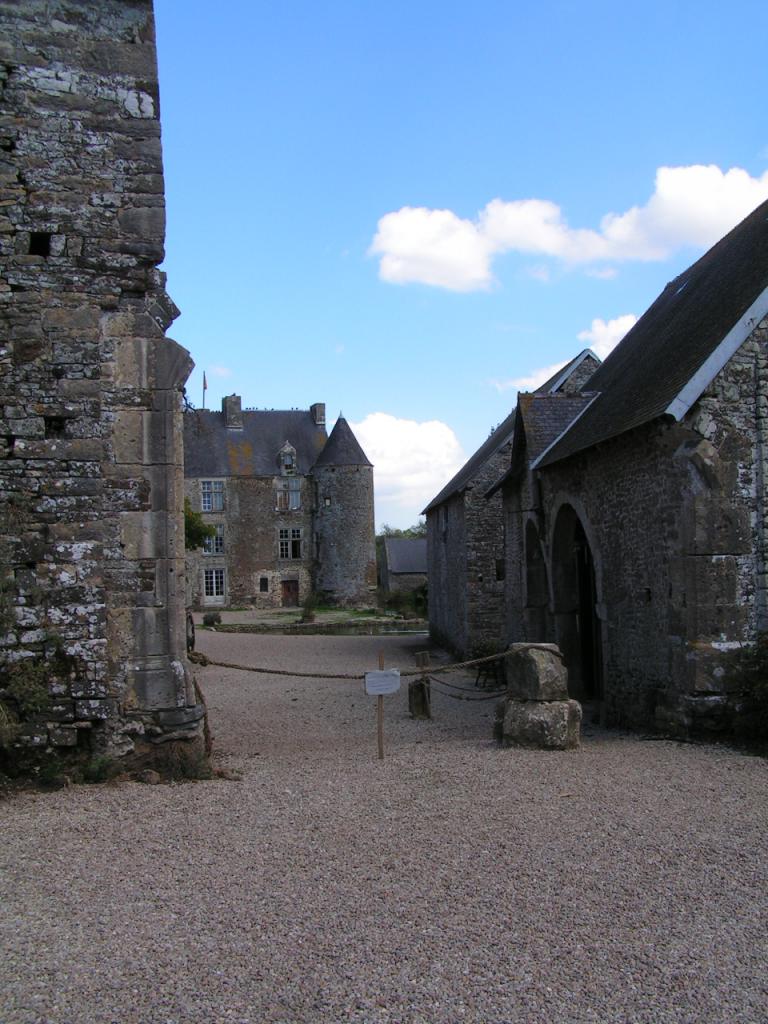 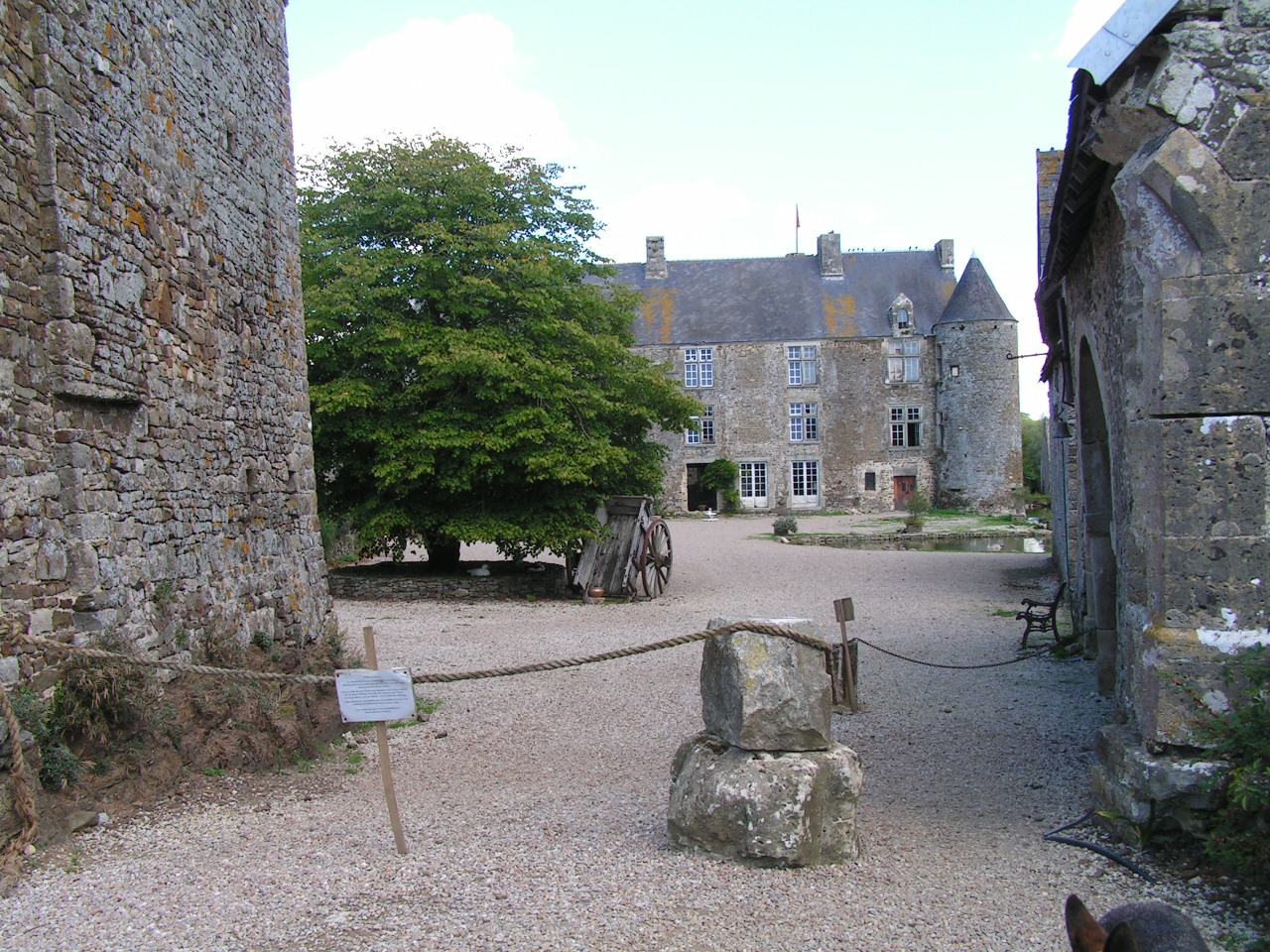 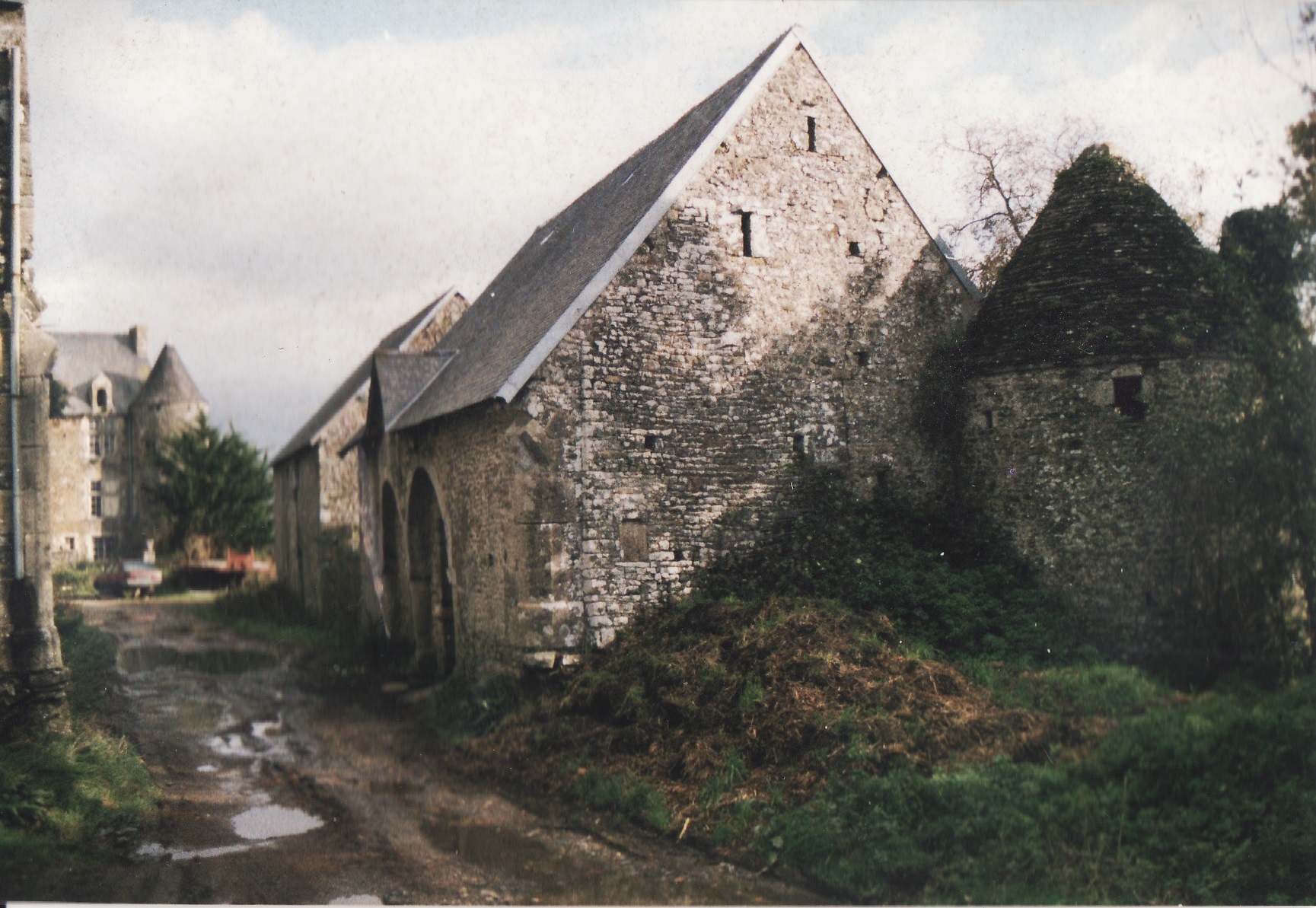 This medieval Park was most likely the park of the great domain of Ollonde.  It was nevertheless very early (before the 13th century) broken-up and established as a fiefdom for the benefit, most probably, of a youngest child of the family.  Thus, the fiefdom of the Park was born…

Current research, both cartographic and on the ground, allows us to begin to get a picture of the ancient Park: There still remain traces of deep moats very much the originals, which do not conform to the picture of the traditional, agricultural ditches and embankments.  Occupation of the site is, however, much older: the most recent findings reveal a Paleolithic and Mesolithic presence!

The house of the Lord, in the ancient Park, was a small stronghold castle destroyed after Normandy’s annexation to the crown of France, under the orders of the king of France, Philippe Auguste, in 1204, as a retaliation against the Lord at that time, a member of the d’Aubigny family, who remained faithful to his overlord, the Duke of Normandy and king of England.

The king of France gave the Park to the d’Argences family who had taken his side, but only tolerated the construction of a manor.  This manor developed into a diversity of habitable buildings and servant’s quarters until the 17th century when it obtained an actual estate.

One enters into the lower courtyard by a fortified door with two arches: One archway for pedestrians and the other for carriages which was knocked down after developments in the mechanization of agriculture which brought with it the necessity to let large machines pass through.  One of our ambitions is to rebuild this entrance of which we have only found left over pieces disbursed throughout the site.

Continue the guided tour, Go to the Old Carriage House or return to the Welcome page of the Guided Tour