This little chapel stood alone in the olden days but was then incorporated into the Old Carriage House.  It still has a bell tower, which long ago harbored a bell.  It is illuminated by a window looking out onto the moat, a window onto the courtyard whose lintel is decorated with a grimacing face, and a window with a pointed arch, which has preserved its beautiful tracery.

The chapel was once used episodically for precessions and celebrations pertaining to the family who held the fief.

Dedicated to Saint-Eutrope, the current chapel does not appear to be older than the 19th century.

It was used up until the eve of the French Revolution and under the restoration of the 19th century.

The right to build a chapel, was, in the feudal era, one of the three fundamental rights of “haubert” fiefs (knightly fiefdoms).  The other two rights were the possession of a dovecot, and the commonplace right: the possession of a mill and village oven, which the vassals were charged with using in exchange for paying a usage fee (either in goods and services, or in money). 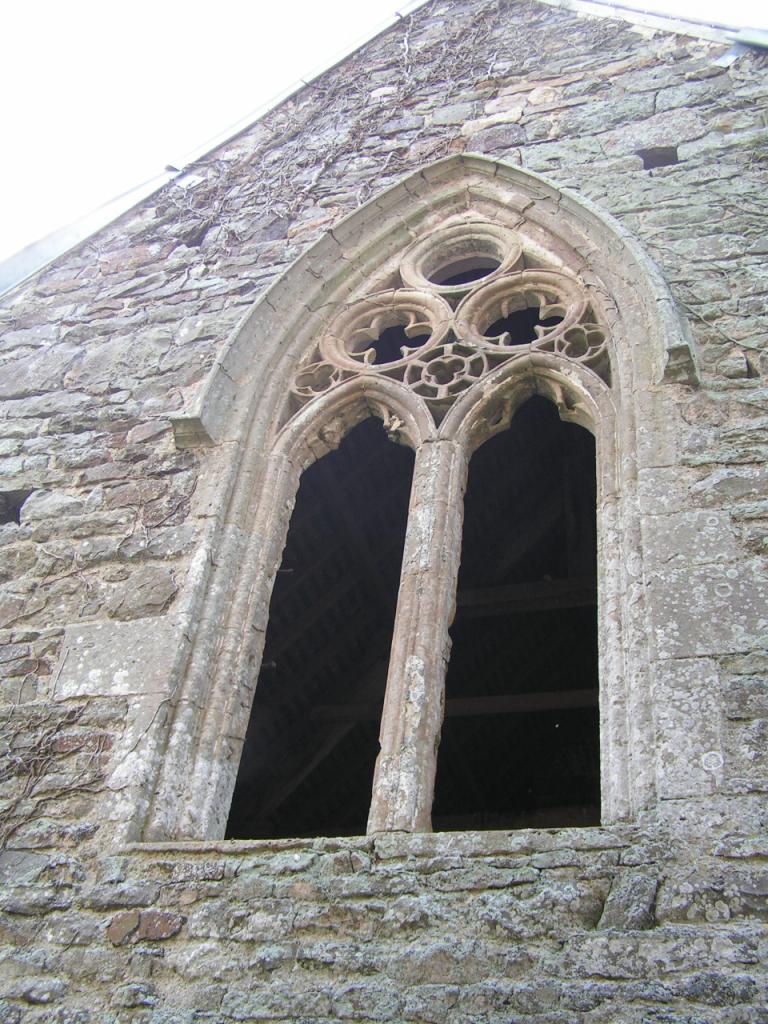 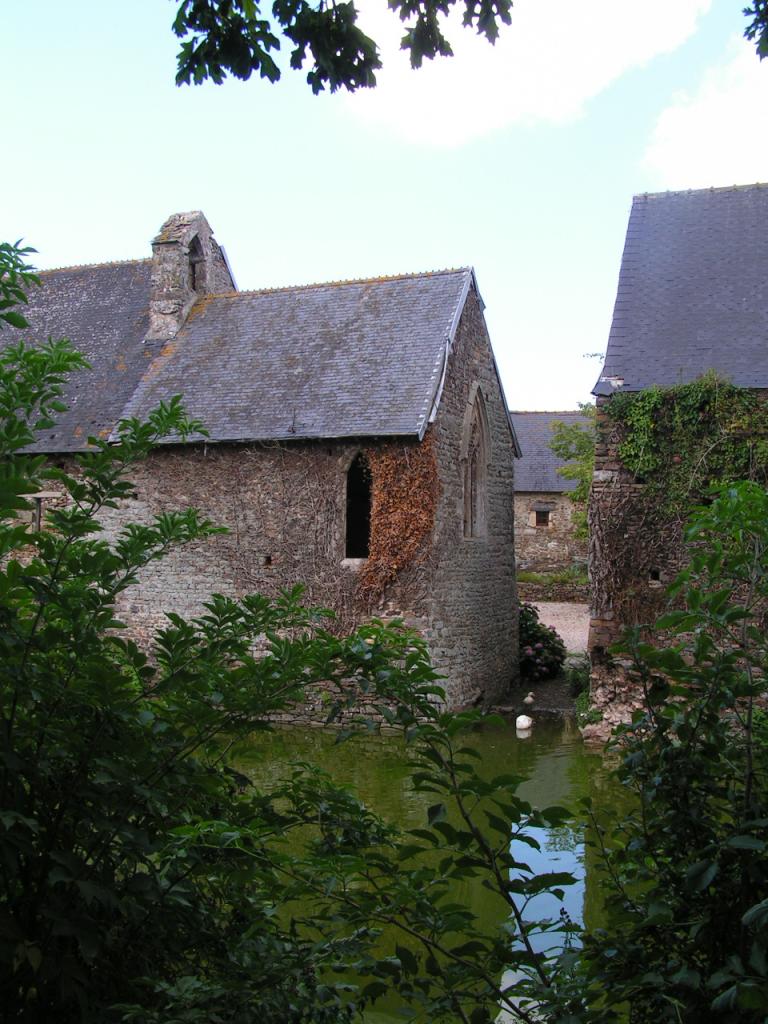 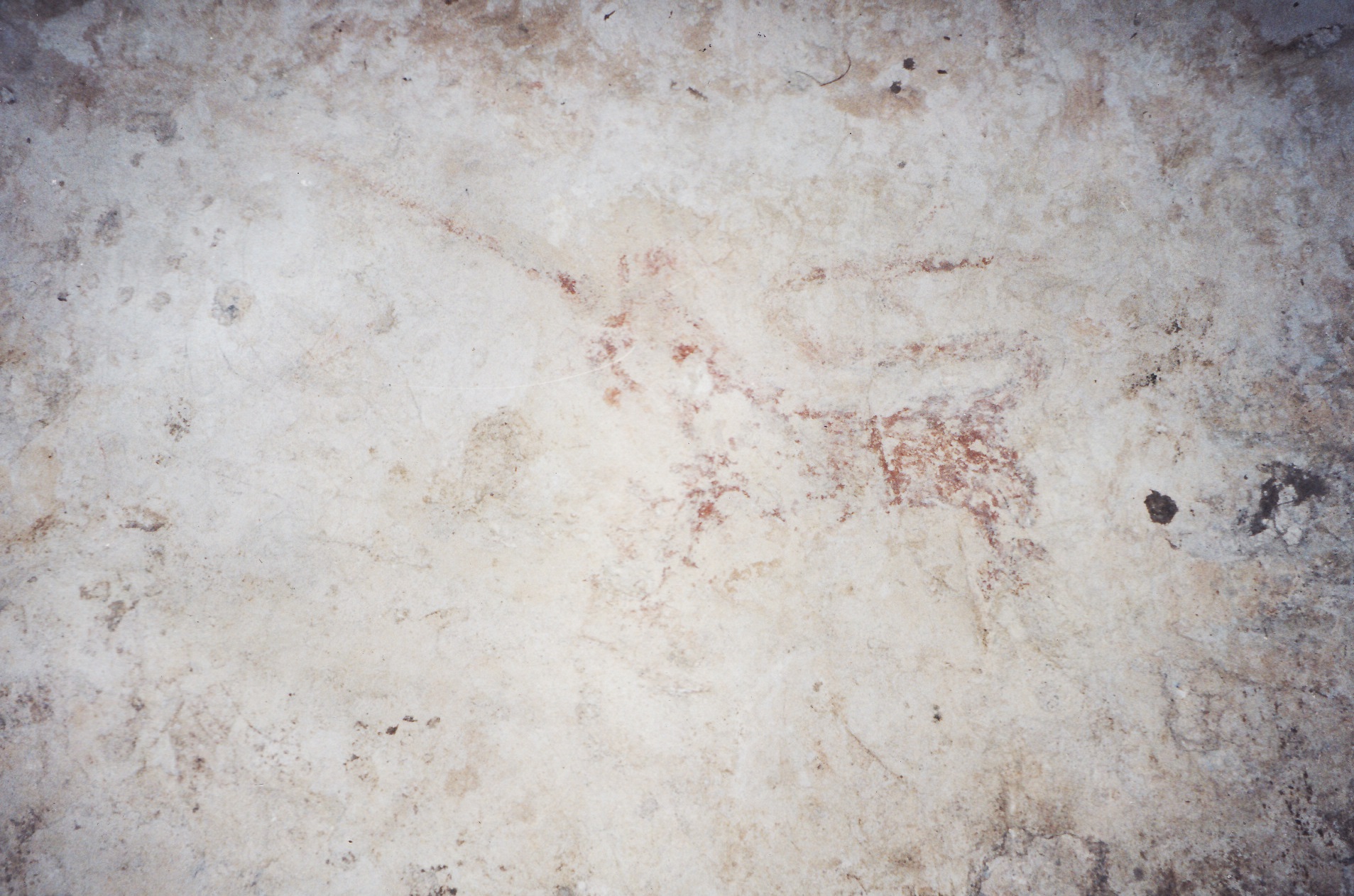 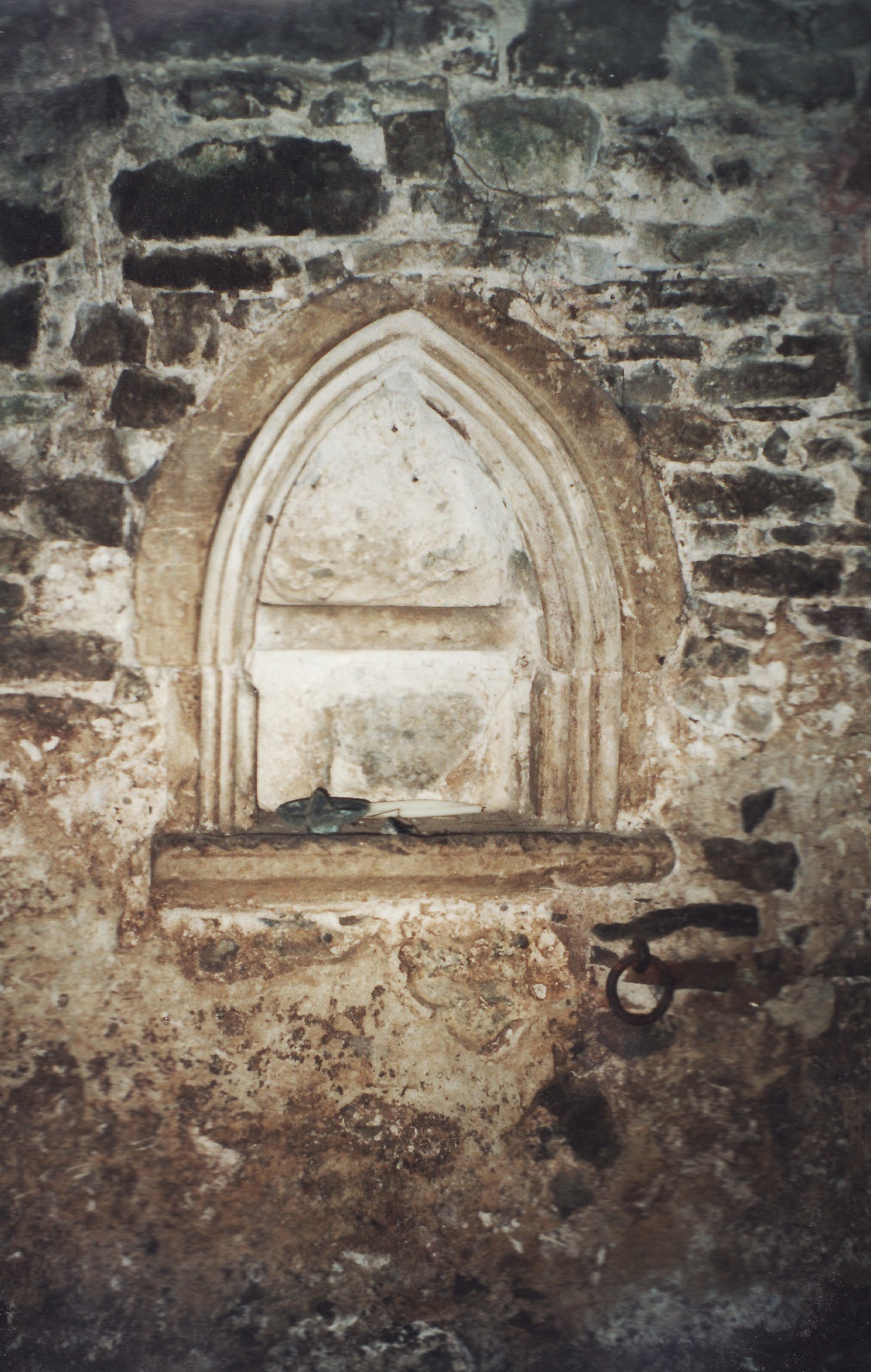 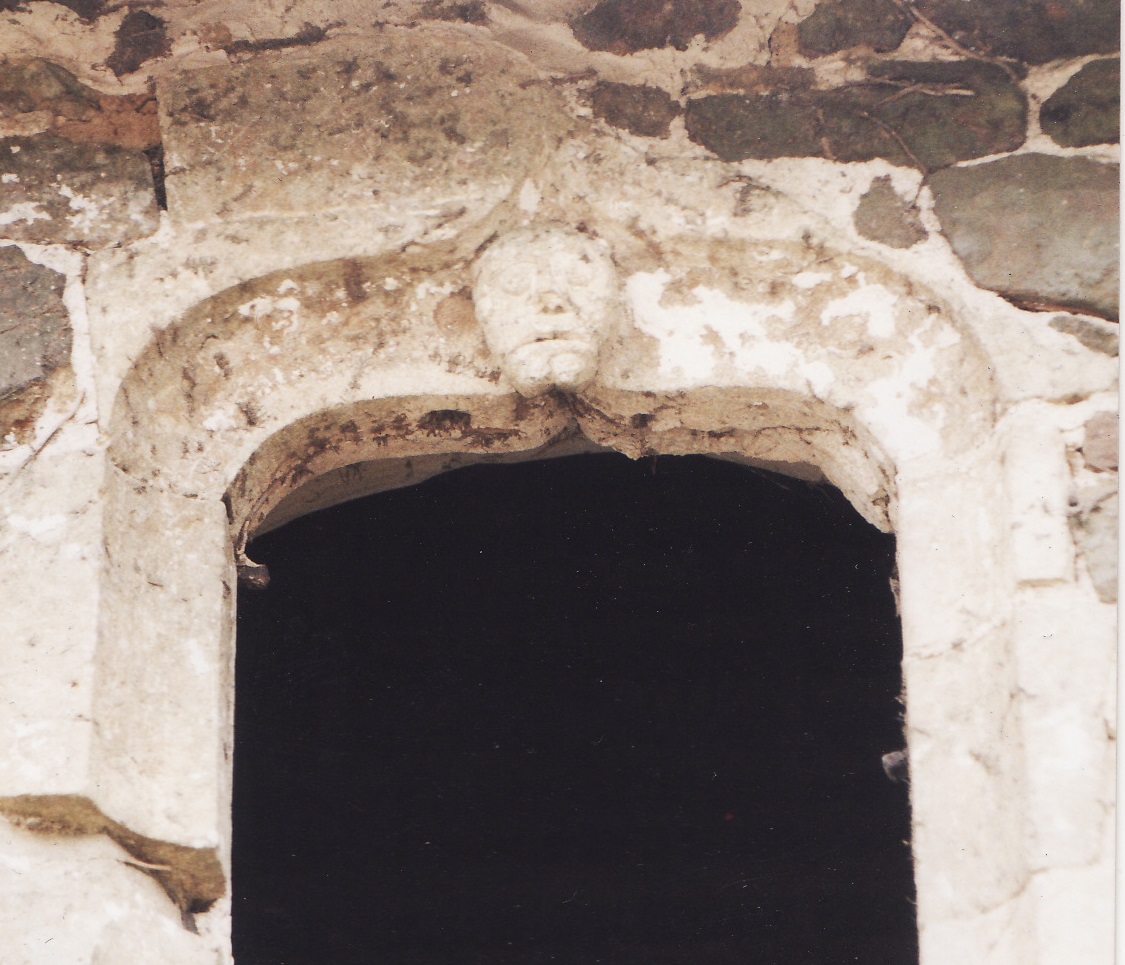 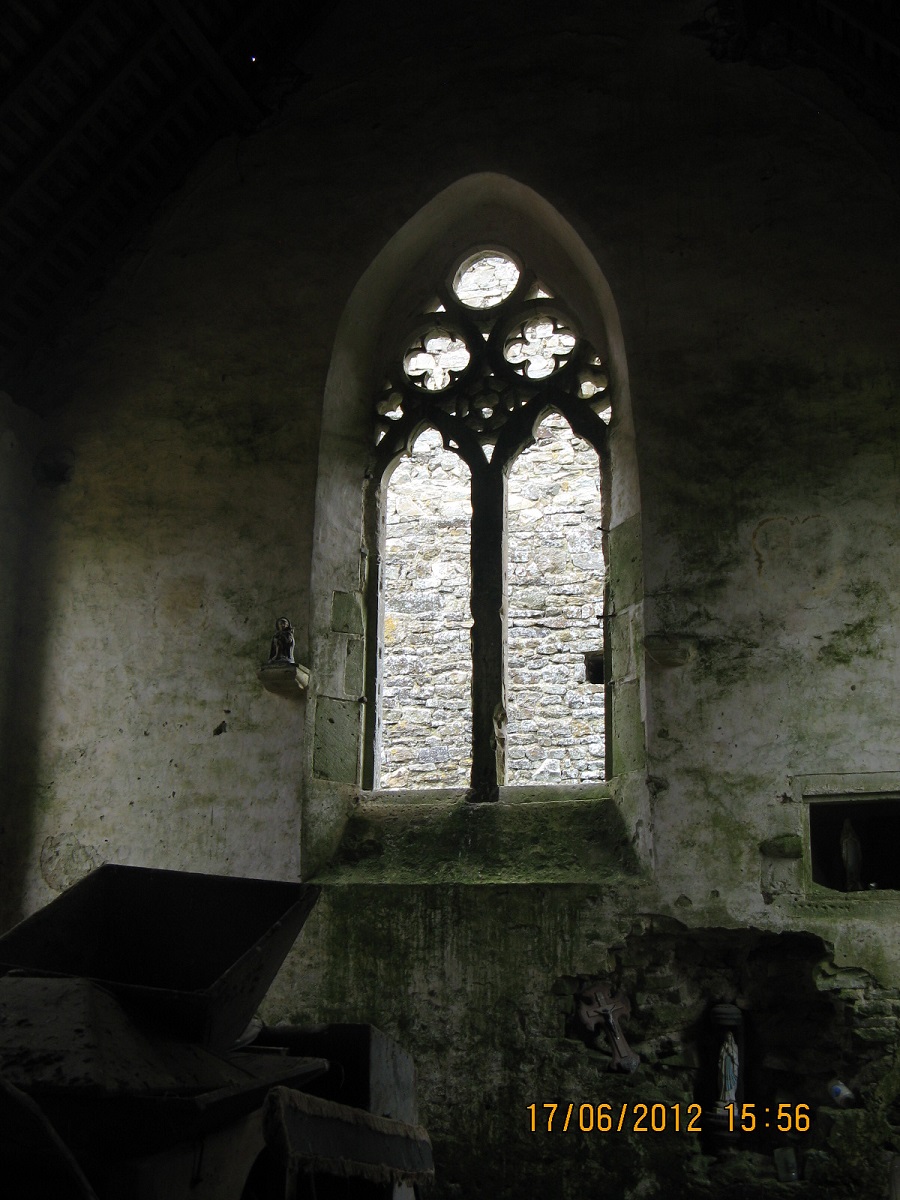 You will find in this chapel a Eucharistic cabinet and a baptismal font built into the thickness of the wall.  The remains of the ancient frescos are visible on the walls, under the old whitewash: a unicorn pursued by a wolf and the family crests both of Thieuville and of Mesnildot.

The altar of the chapel, saved from the schemes of the old occupant of the place in 1992 is held at the church of Saint-Lo d’Ourville where it remains visible.

It will reclaim its original place when the restoration of the chapel is complete.