The mill ran thanks to the overflow of the moat, which flows behind this small structure.  The extent of the flow that turned the wheel was accentuated by the rising of the level of the moat, held back by planks at the entrance of the millrace.  The free flowing flood was powerful and sustainable considering the extent of the reserve of water that was available.

Nothing remains of the wheel and its mechanism.  We have several plans for the construction and replacement of a wheel.

The ancient millrace now restored was filled in with refuse and the water from the moat opened up a path in the plot below.

The fief of the Park had six other mills both windmills and watermills.

The moat, although its first purpose was defensive, also played a role as a fish tank.  We have reintroduced fish.

The mill, along with the dungeon, dovecot, and chapel, is one of those elements symbolic of seigniorial power. 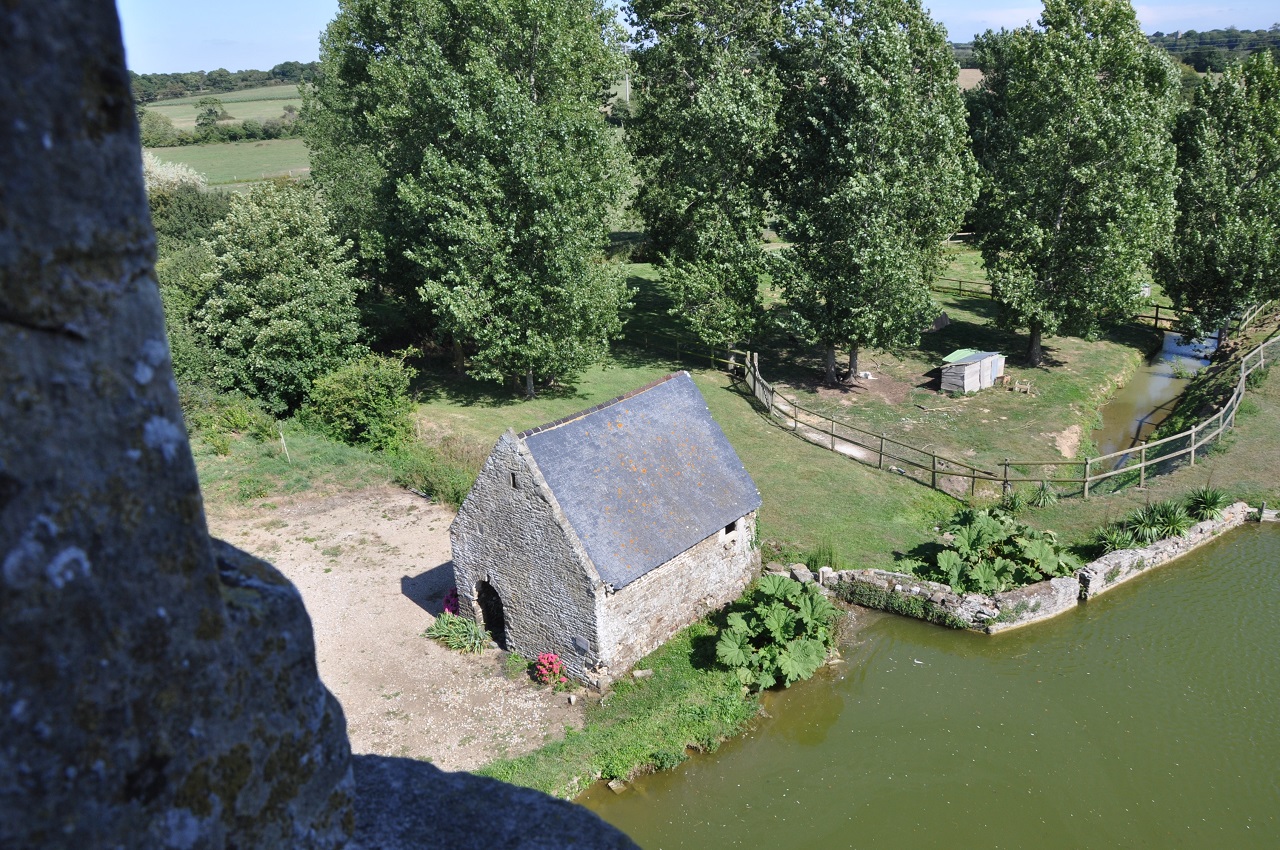 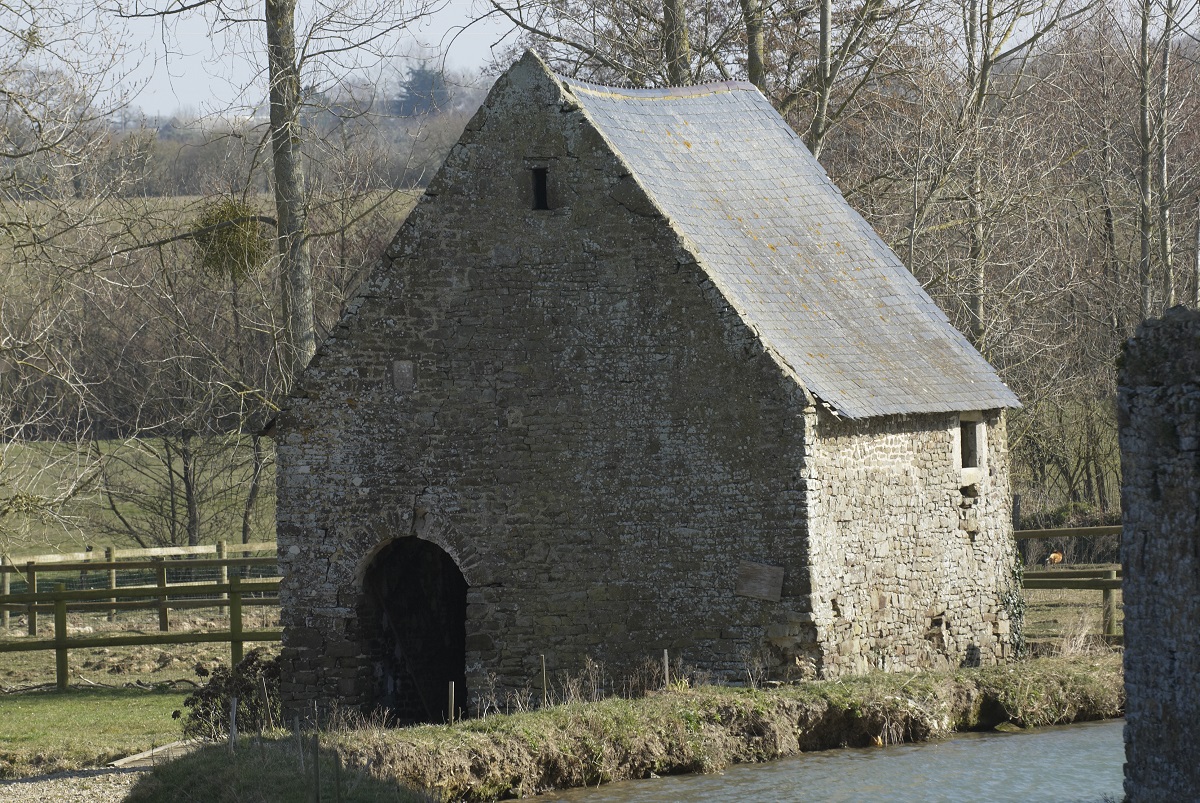 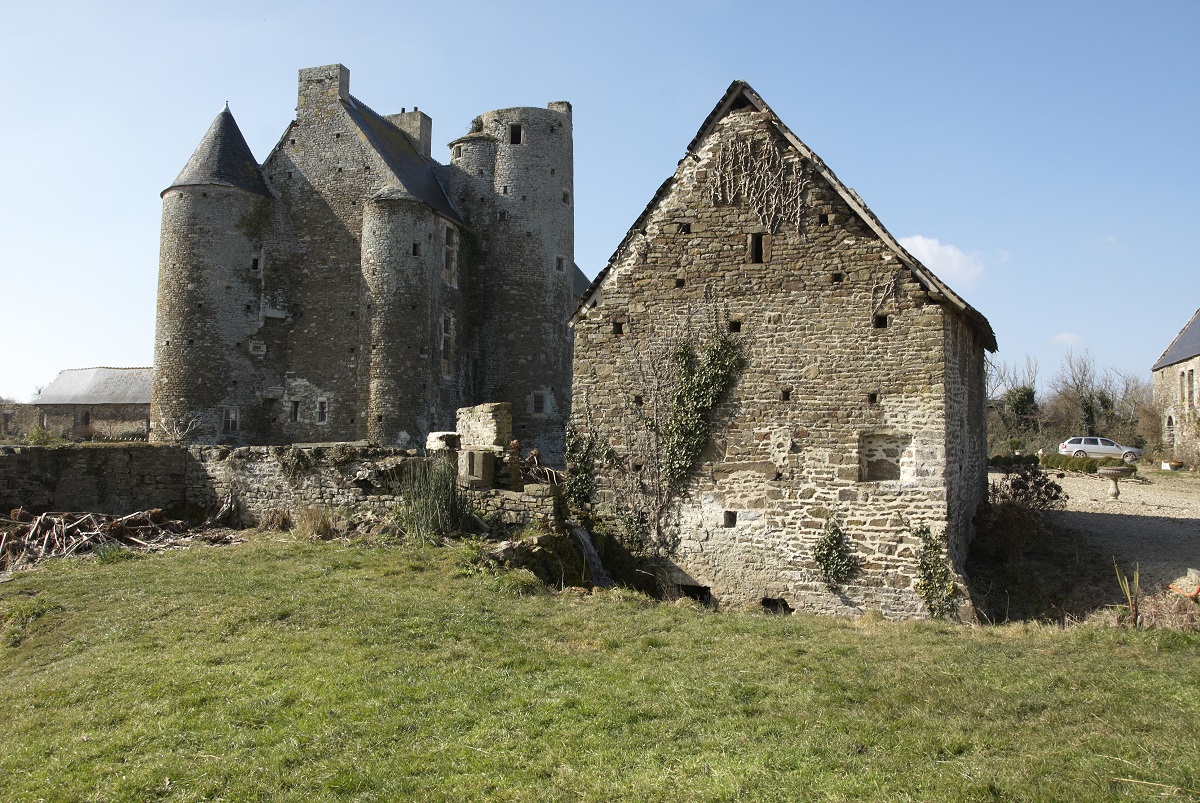